All sorts of buildings need underpinning from time to time. In short, underpinning a building means giving a boost to the stability and strength of the current foundations. Although it is something that often happens to older properties where there has been an ongoing issue that has led to the foundations weakening, underpinning services are also sometimes needed for relatively new structures. Perhaps the soil around the footings has slipped, or maybe there has been a collision that has resulted in damage.

This is a process which means pouring a lot of concrete underneath multiple sections of the current foundations and allowing it to harden at a place where there is a more sound footing. Part of the earth underneath the structure needs to be dug away to accommodate the reinforcements. This is a tried-and-tested method that has been used for hundreds of years, but it is time-consuming and requires something solid underground which can be reached by the concrete on which it can rest.

This method of providing underpinning services is often preferred today as it requires less space and is often quicker to put in place. Essentially, the current footing is underpinned by a steel beam which rests on a fulcrum in a trench. This fulcrum point will have a hydraulic jack placed on top of it which can shove the beam up, thereby lifting one side of the building so that the weight of it is borne on the foundation on the other side.

When deep foundations need to be dug for the commercial underpinning of an office block, for example, piles tend to be driven until the bedrock is reached. Mini piles can also be dug on either side of a conventional foundation to strengthen them. This method tends to be used where existing foundations have proved to be too shallow or have been exposed to more water than expected. Mini piles work on the same principle as normal ones, only they are smaller and thinner, more like big needles that sit either side of a foundation, helping to bolster its stability by being driven further into the ground. Large numbers of underpinning service companies in Australia employ this method nowadays. 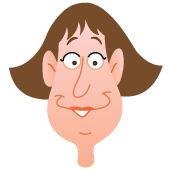